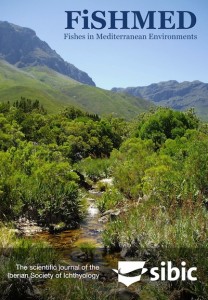 Abstract – Fishes in Mediterranean climates are adapted to thrive in streams with dynamic environmental conditions such as strong seasonality in flows. However, anthropogenic threats to species viability, in combination with climate change, can alter habitats beyond native species’ environmental tolerances and may result in extirpation. Although the effects of a Mediterranean climate on aquatic habitats in California have resulted in a diverse fish fauna, freshwater fishes are significantly threatened by alien species invasions, the presence of dams, and water withdrawals associated with agricultural and urban use. A long history of habitat degradation and dependence of salmonid taxa on hatchery supplementation are also contributing to the decline of fishes in the state. These threats are exacerbated by climate change, which is also reducing suitable habitats through increases in temperatures and changes to flow regimes. Approximately 80% of freshwater fishes are now facing extinction in the next 100 years, unless current trends are reversed by active conservation. Here, we review threats to California freshwater fishes and update a five-tiered approach to preserve aquatic biodiversity in California, with emphasis on fish species diversity. Central to the approach are management actions that address conservation at different scales, from single taxon and species assemblages to Aquatic Diversity Management Areas, watersheds, and bioregions.

Abstract – The low number of native fish species of the Chilean Mediterranean region (27º S to 36º S) is a consequence of its geographic and hydrological characteristics. The area has marked precipitation gradients as a result of both latitudinal differences in precipitation and the higher precipitation at high altitudes in the Andes. The seasonal hydrologic variability characteristic of Mediterranean climatic zones occurs in the area together with inter-annual variations due to El Niño Southern Oscillation (ENSO), a significant oceanic climatic influence which determines lower daily and seasonal temperature gradients compared to similar northern latitudes. River catchment areas above 3000 elevation generate short and torrential channels with high velocity, a snow–pluvial regime without riparian vegetation and high total salinity composition.

Only 21 native species have been described in this region. They are important due to their high endemism and primitiveness, along with their biogeographical relations, especially the Siluriforms with the northern tropical fauna and the Galaxiidae with Gondwana fish. Currently 75% of the fish species of this region are classified as endangered or vulnerable according to Chilean regulations.

Abstract – Turkey is a hotspot of freshwater fish diversity and endemism, holding a unique ichthyofauna containing distinct European and Asian elements. Currently, 78 endemic species are recognised from Turkey, 65 of which are classified as Critically Endangered or Endangered. Habitat degradation, pollution, and the introduction of non-native fishes are the greatest threats to this unique ichthyofauna. We compiled data on the introduction and distribution of freshwater fishes in Turkey, both nonnative and translocated, based on historical accounts and recent surveys. Thirty fish species have been introduced, 11 of which are translocations within Turkey. The overall establishment success was 64% (44% for non-natives and 100% for translocated species). New species continue to be introduced at a rate of 4.8 species per decade, of which 3.1 species establish per decade. Fisheries and aquaculture are two main vectors of deliberate introduction, but the contaminant of stockings is the primary pathway for secondary spread, in particular for Carassius gibelio, Pseudorasbora parva and Lepomis gibbosus. Natural dispersion of species introduced into neighbouring countries through trans-boundary river systems is highlighted as the most likely pathway for future species introductions. We discuss the management options available and outline how these can be incorporated into freshwater fish conservation and non-native fish management programmes. Education, public awareness and information are central components to reduce current rate of fish introductions in Turkey.

2nd call of the VI Iberian Congress of Ichthyology, Murcia

Spanish Fish Chart
Cookies allow us to offer our services. By using our services, you agree to our use of cookies.I agree Read more...
Scroll to top