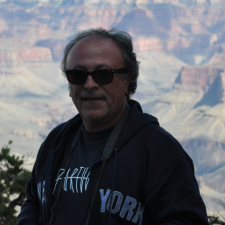 Six plenary session will be held during the VI Iberian Congress of Ichthyology SIBIC2016 and the organization has invited speakers of international relevance. Among them will be Carlos Granado, Full Professor in Ecology at Department of Plant Biology And Ecology, University of Sevilla.

The plenary will be in Spanish with the following topic:

Over the last few decades, the knowledge of richness patterns, width of geographical distribution and size of species are recurrent ideas in studies of ecology and biogeography. Many of them have revealed the existence of regularities, which are largely demonstrated in terrestrial ecosystems, being less abundant in aquatic ecosystems and species. It has been shown that these regularities are influenced directly by processes acting (or have acted) at large scale, even continental level. Macroecology, which can be considered a branch of ecology, has incorporated a new point of view in the assessment of life on Earth, not only descriptive but also methodological and mathematical.

The idea that organizational and functional processes are similar in aquatic and terrestrial ecosystems has generated interest in the research of unexplored groups, such as fish community. Currently, the large amount of data (FishBase, GBIF, ….) allows to apply macroecologic approaches on fish, which are the most evolutionary success vertebrate group . From that perspective, advances in factors determining species richness, both in the marine and freshwater environment, as well as the width or rarity of their distribution or the role of the size of the species have been done. This communication present some results about freshwater species at regional and continental level, as well as the results obtained with new algorithms recently developed.

Plenary session by Fernando de la Gándara in SIBIC2016 congress
Cookies allow us to offer our services. By using our services, you agree to our use of cookies.I agree Read more...
Privacy & Cookies Policy