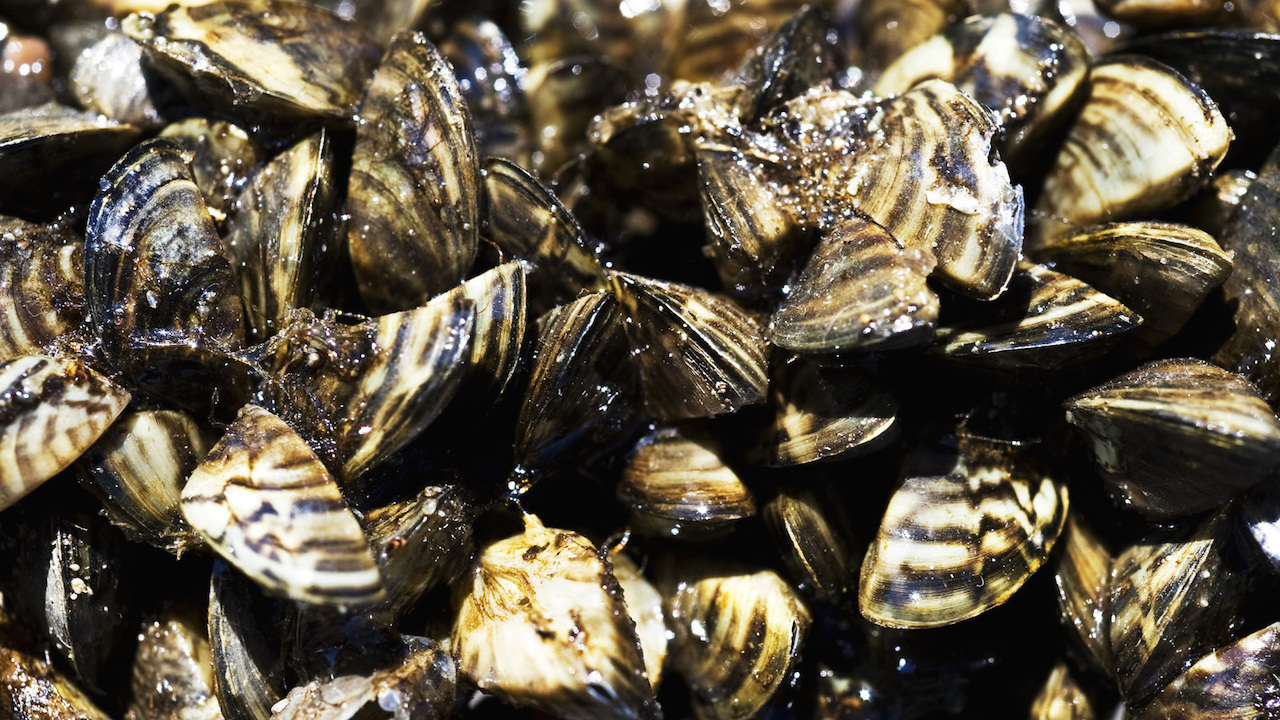 On November 21, the now Doctor, Luis Peñarrubia Lozano defended its PhD Thesis at the Universitat of Girona, entitled ‘Genetic characterization of the Iberian populations of two invasive mollusks: zebra mussel and Asiatic clam’. The thesis is focused on the population genetic study of two invasive mollusks expanded along the Iberian rivers: the zebra mussel and the Asian clam. Both species are included within the worst invasive aquatic species and have successfully colonized worldwide causing high ecological and economic impacts on aquatic ecosystems.  These species are also present in the Iberian Peninsula, where they spread quickly.  The Asian clam was first recorded in 1980 in the mouth of the Tajo River and it is currently found in almost all the Iberian main rivers. The zebra mussel was first detected in 2001 in the Ribaroja reservoir (Ebro). From here this species spread along the Ebro basin as well as other adjacent basins in the Northeast of the Iberian Peninsula (Lobregat and Mijares). Aimed to understand the possible sources and routes of invasion, the thesis develops new molecular markers that are then used to genetically characterize the genetic structure of the Iberian populations, and to infer routes of colonization for both invasive species. Results showed that the zebra mussel invasion in the Iberian Peninsula can be explained by a single invasion episode, which may be different of the rest that reached other European countries. Since its introduction in the middle part of the Ebro River, this species has spread throughout the Northeast of the Iberian Peninsula following a continuous expansion model. Regarding the Asian clam, results suggested that there have been at least two colonization episodes. The first one covered almost the entire range of the distribution of this species in the Peninsula, while the second episode would reach the lower Ebro River. The two colonization episodes converge on the middle part of the Ebro River and expanded from here to adjacent basins. Simultaneously, the Thesis developed and optimized a genetic method, based on environmental DNA and Real Time PCR, to detect larvae of dreissenids in water samples.